Cookies help us provide you with a better service. By browsing this website, you consent to its use. Read more. 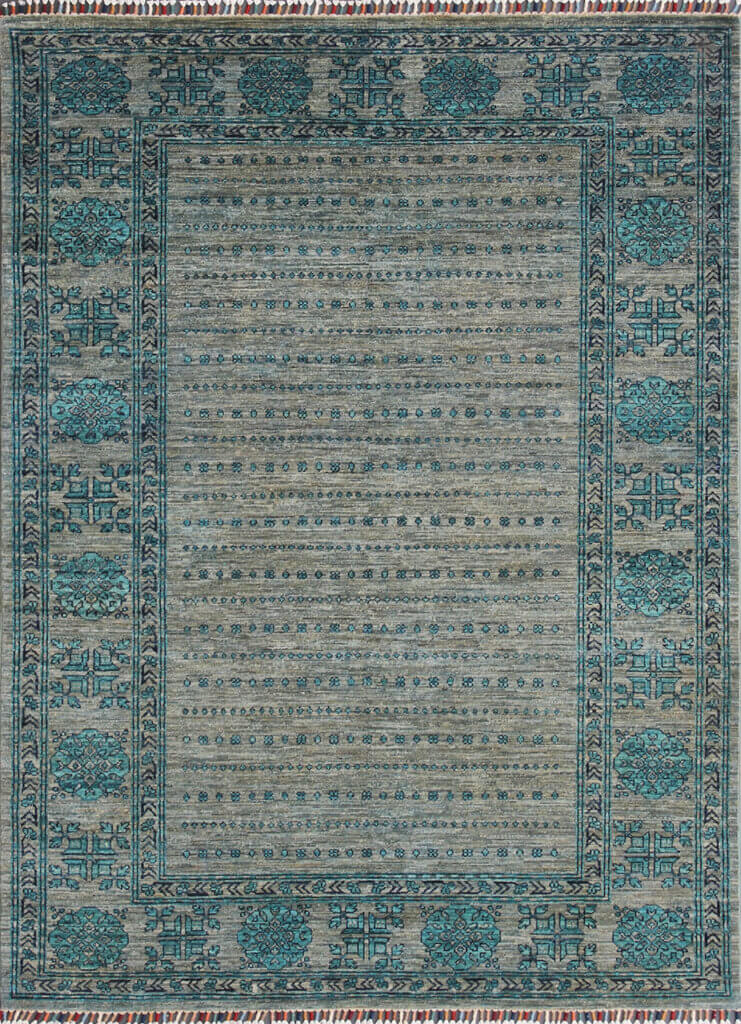 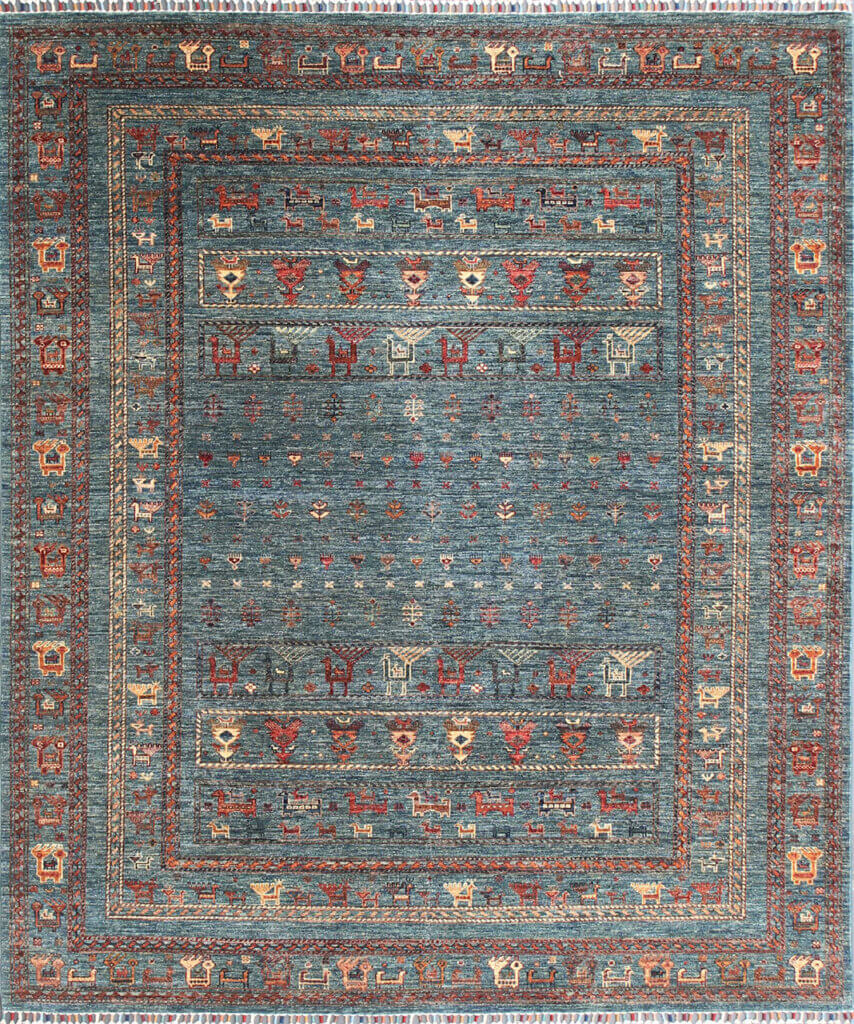 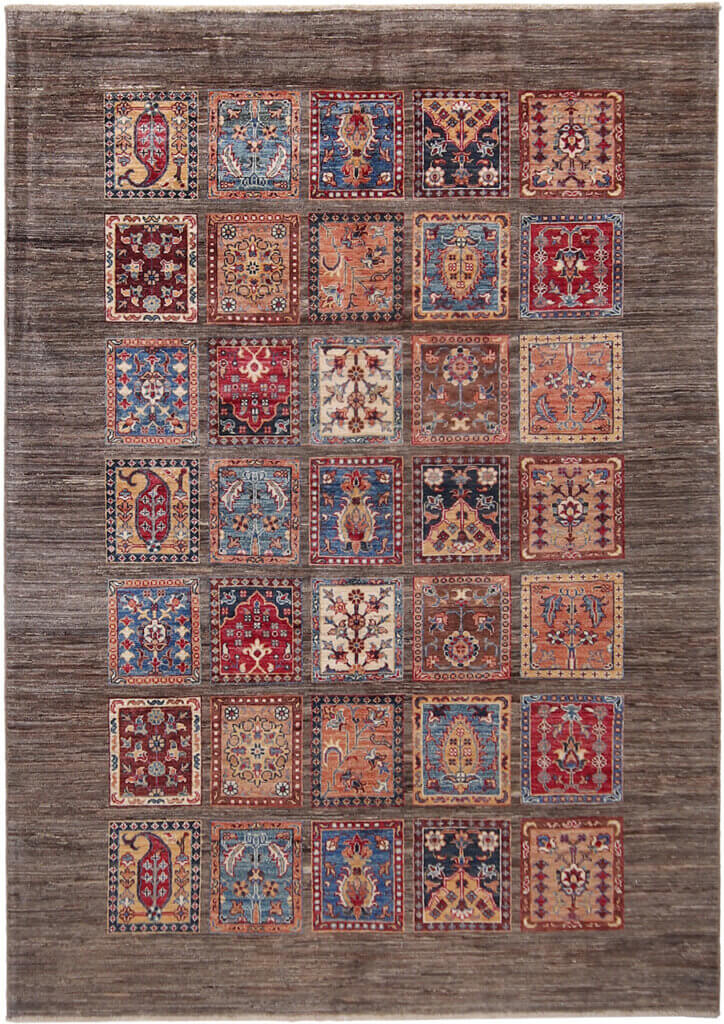 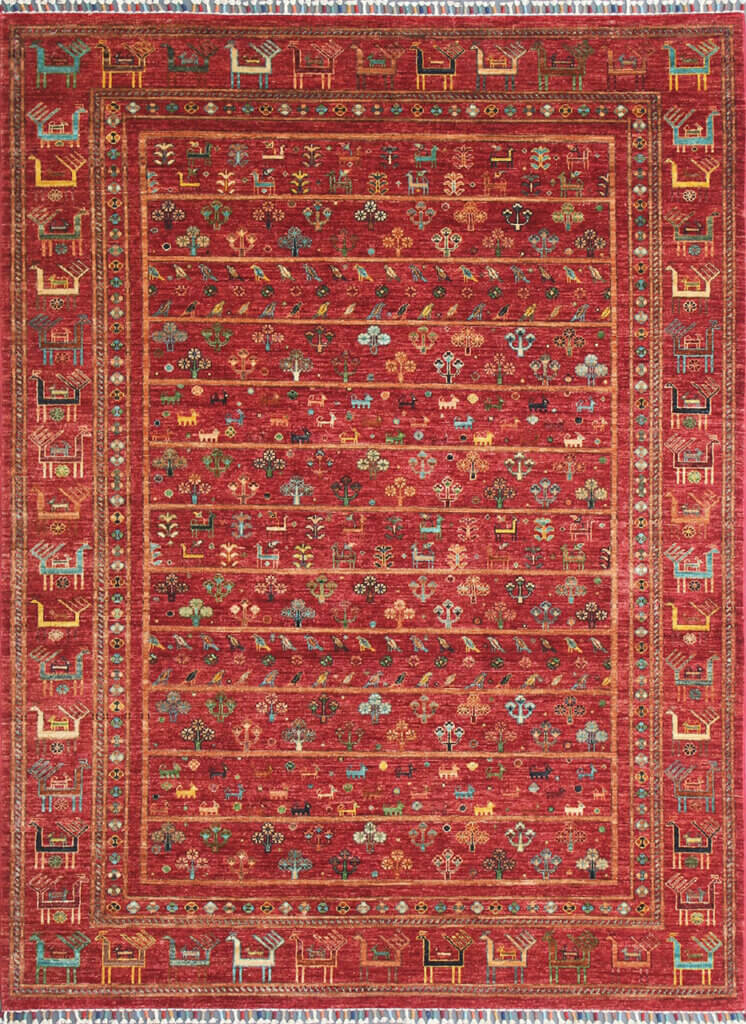 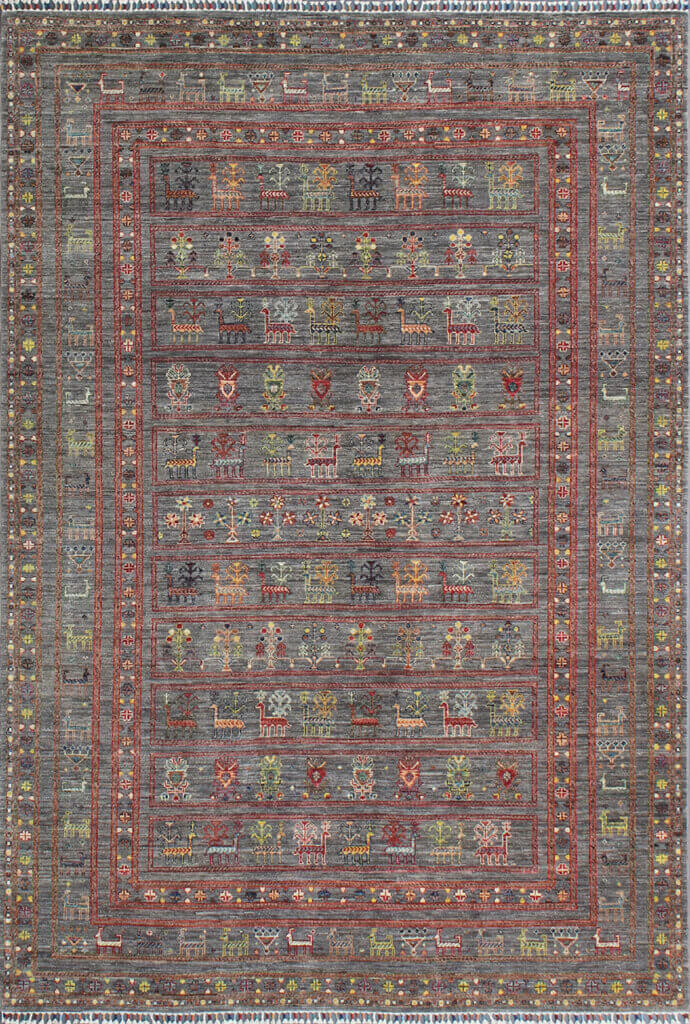 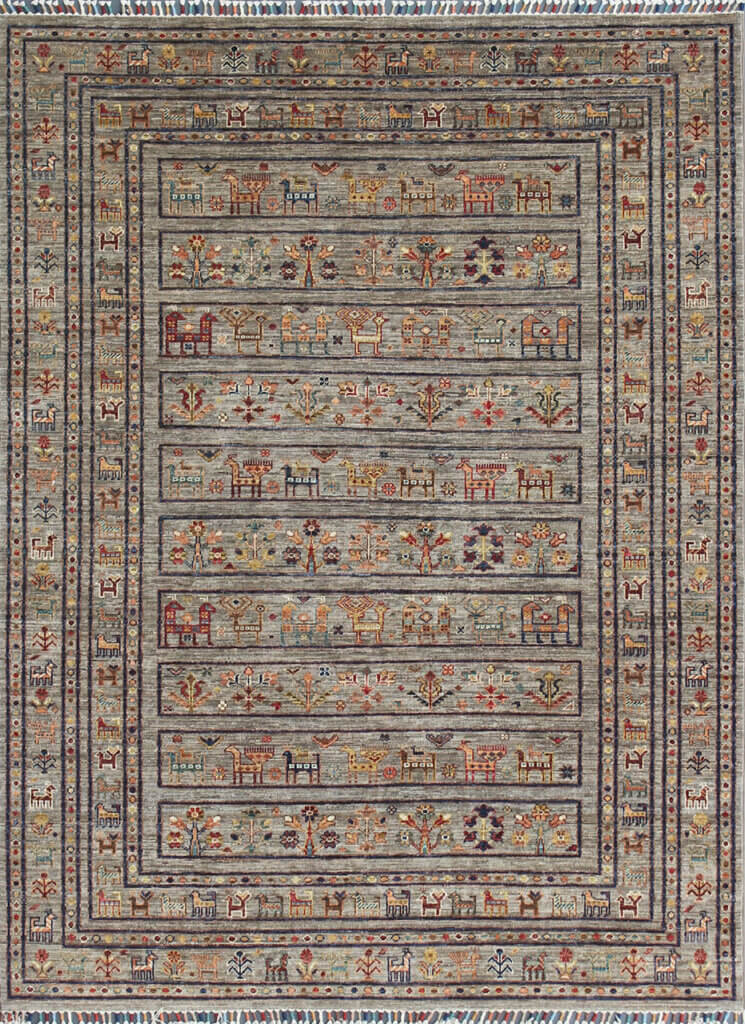 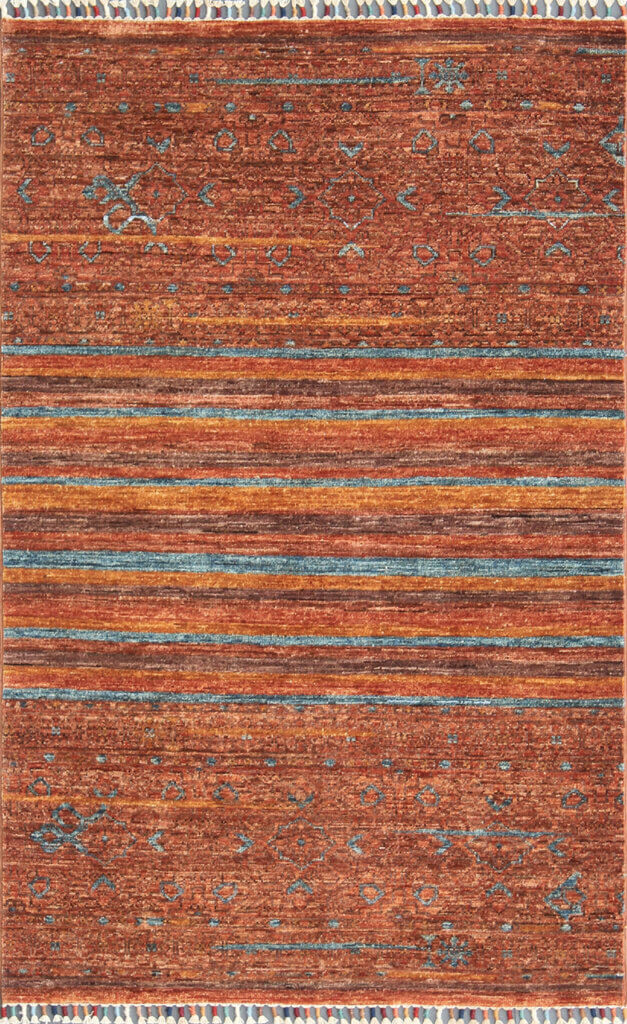 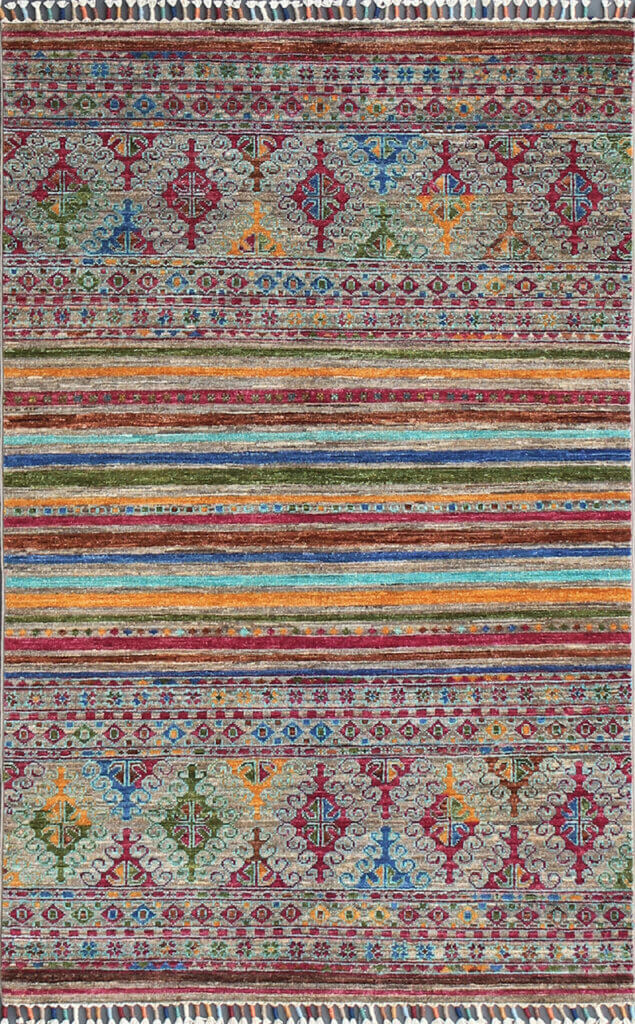 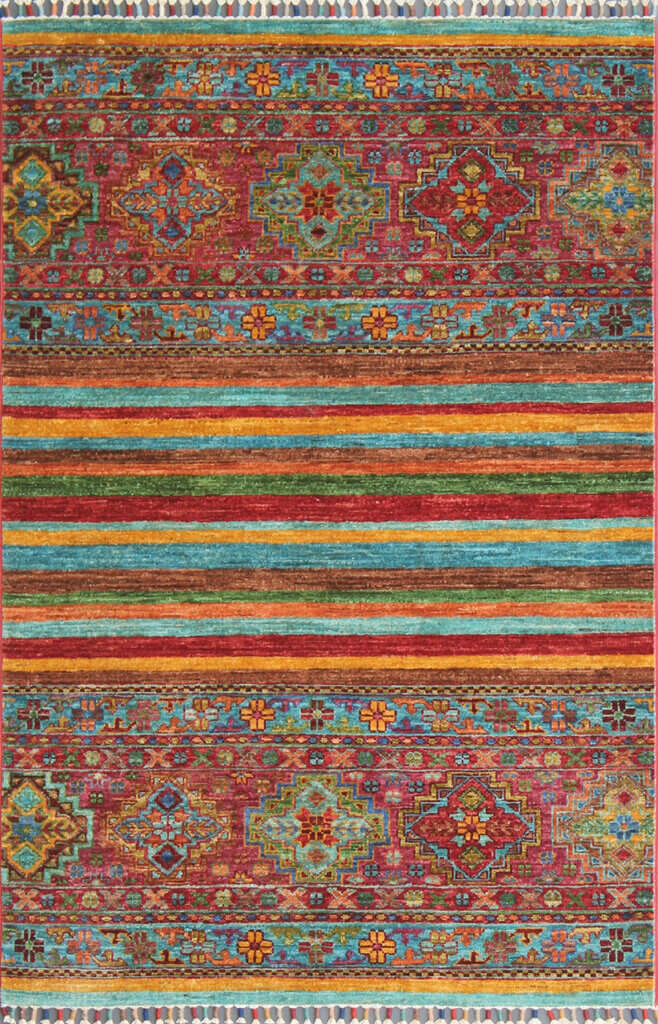 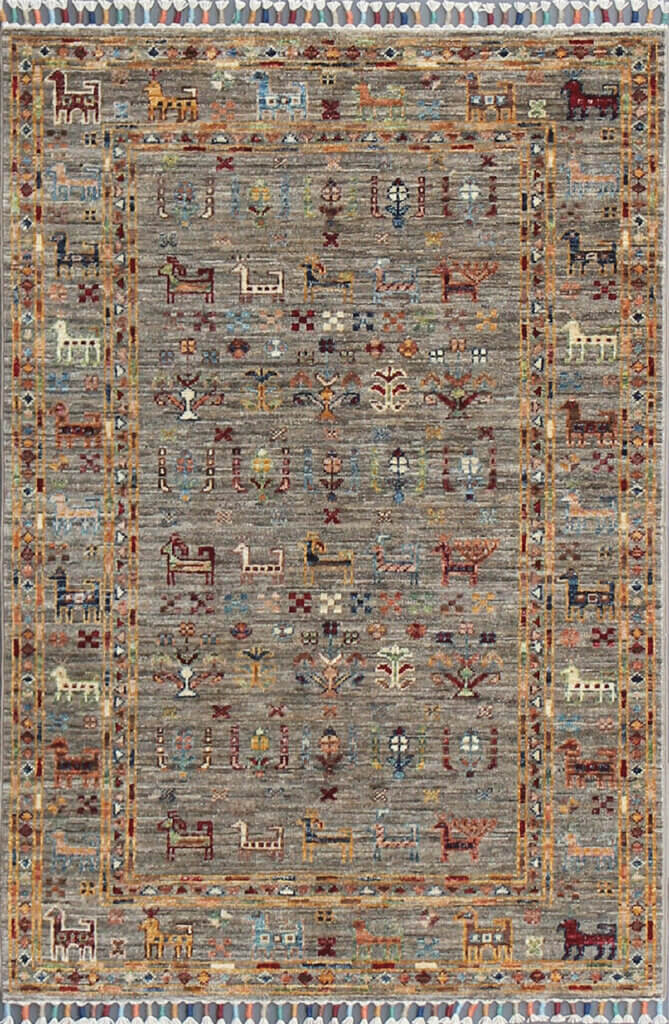 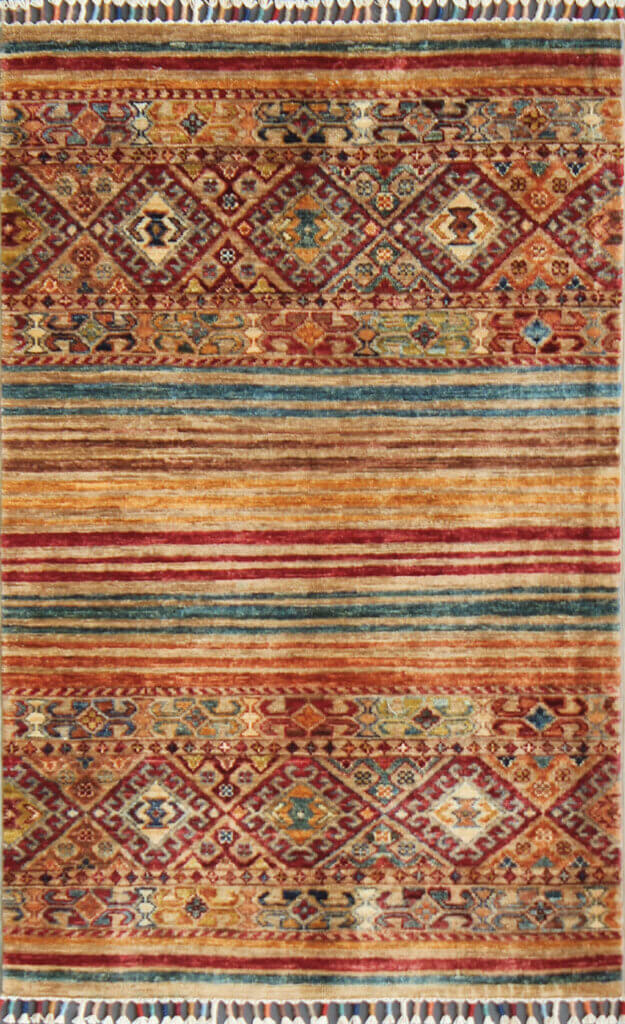 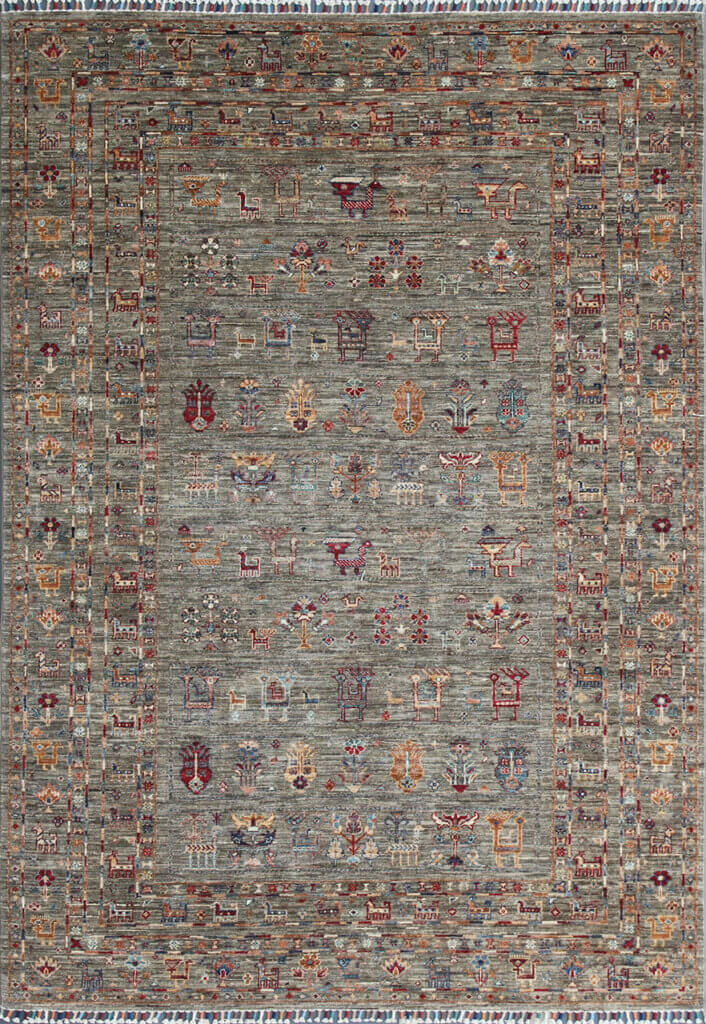 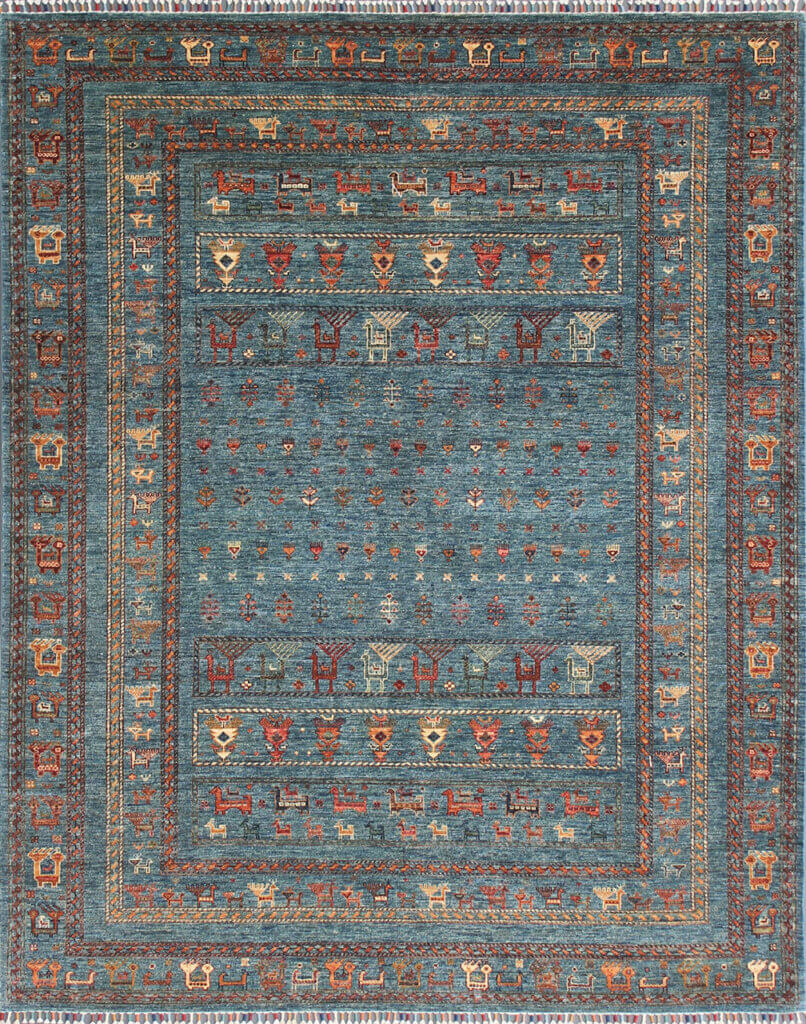 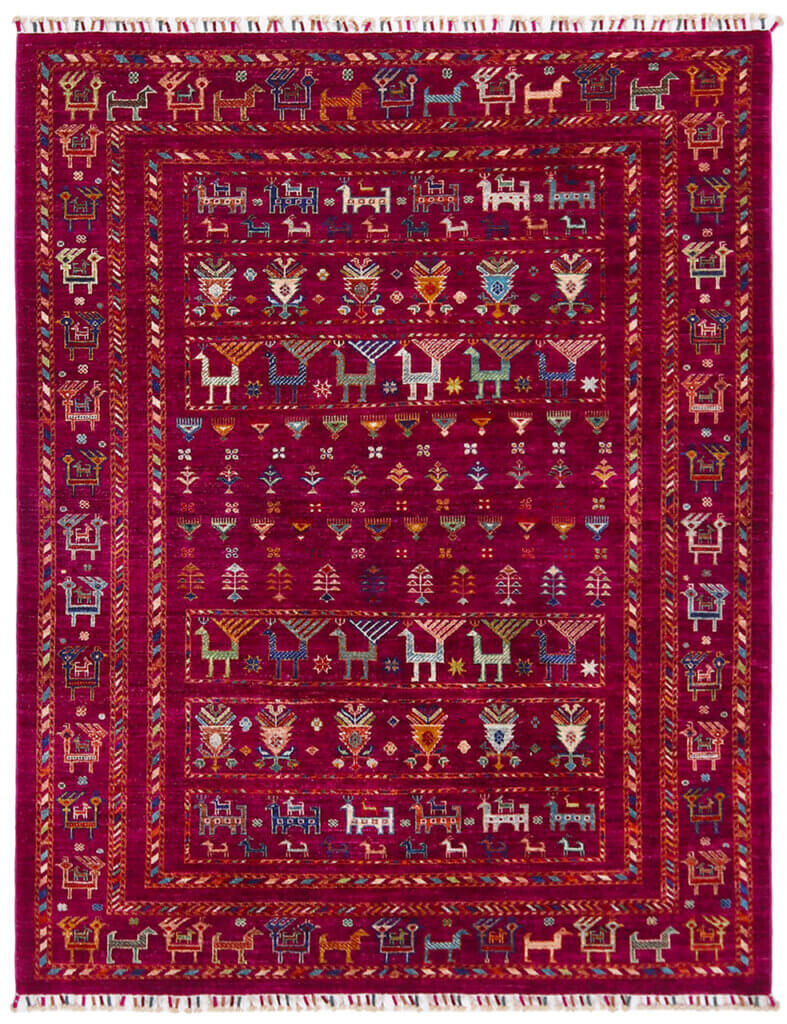 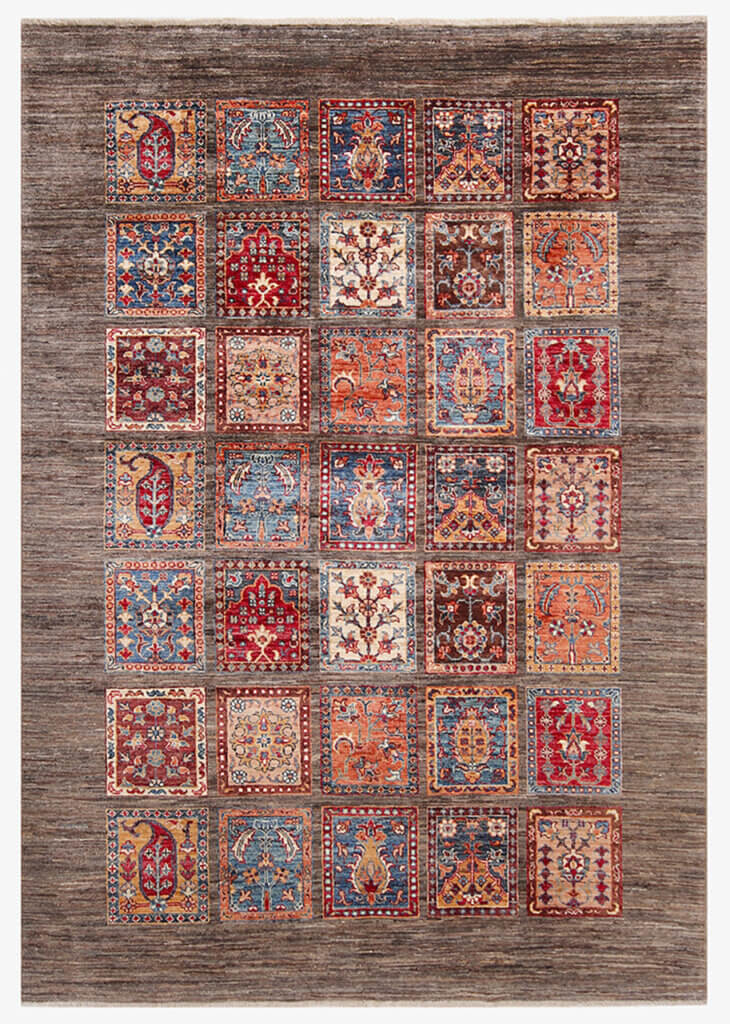 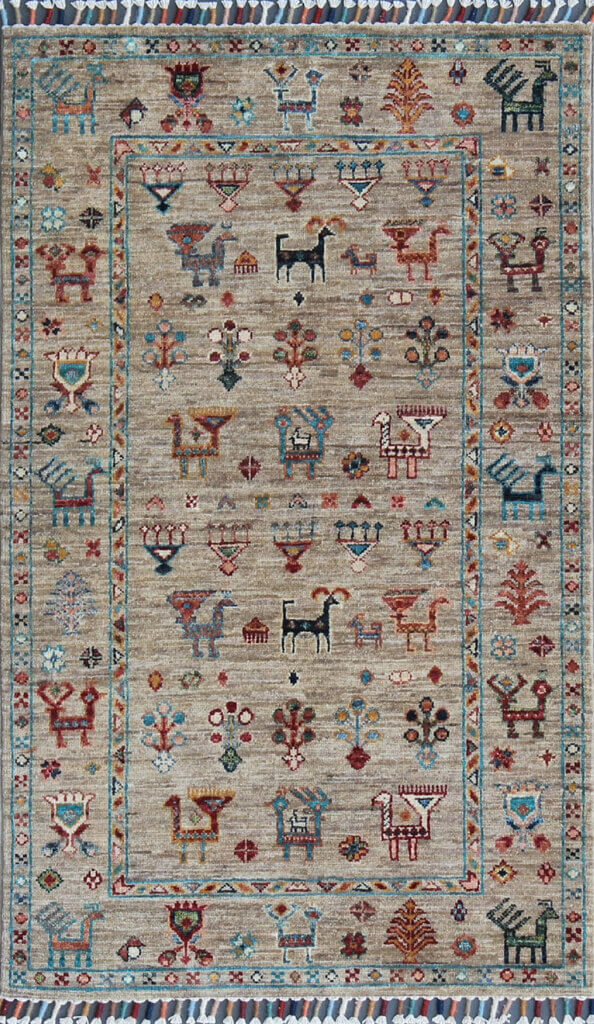 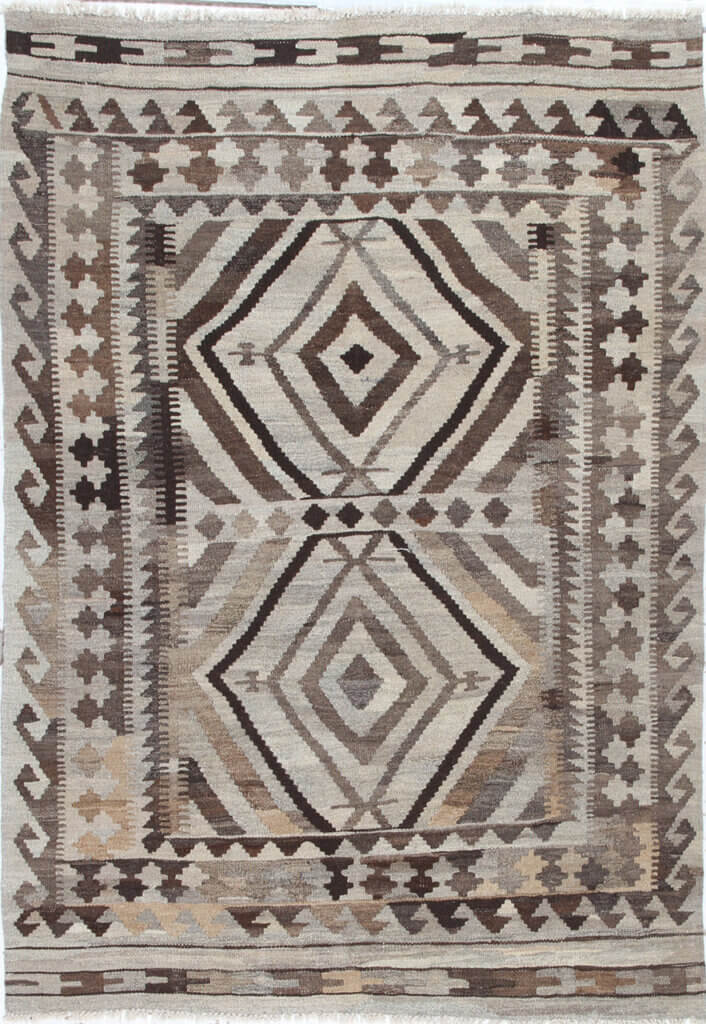 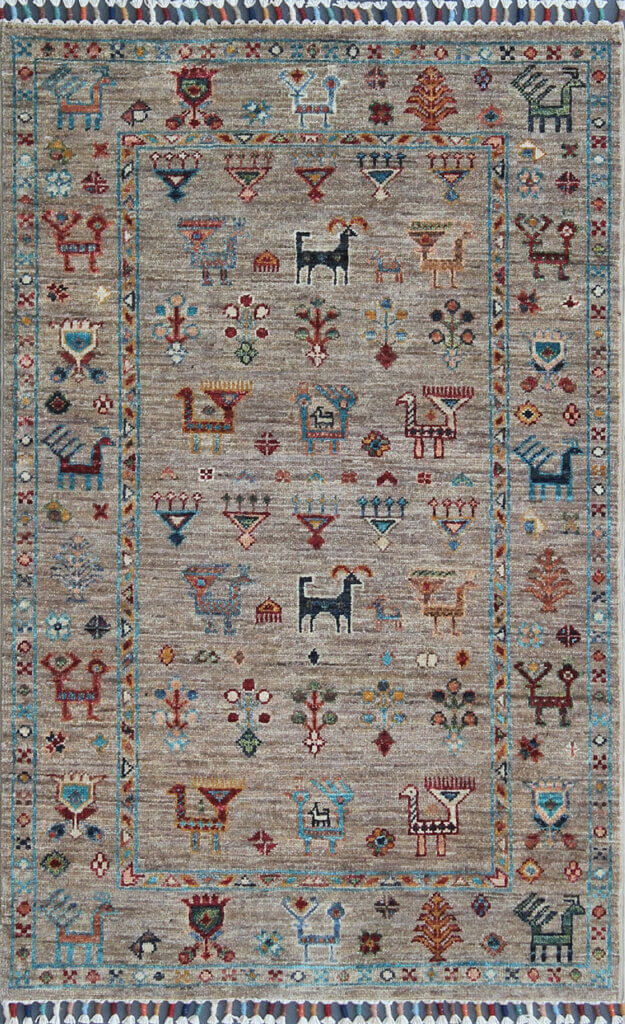 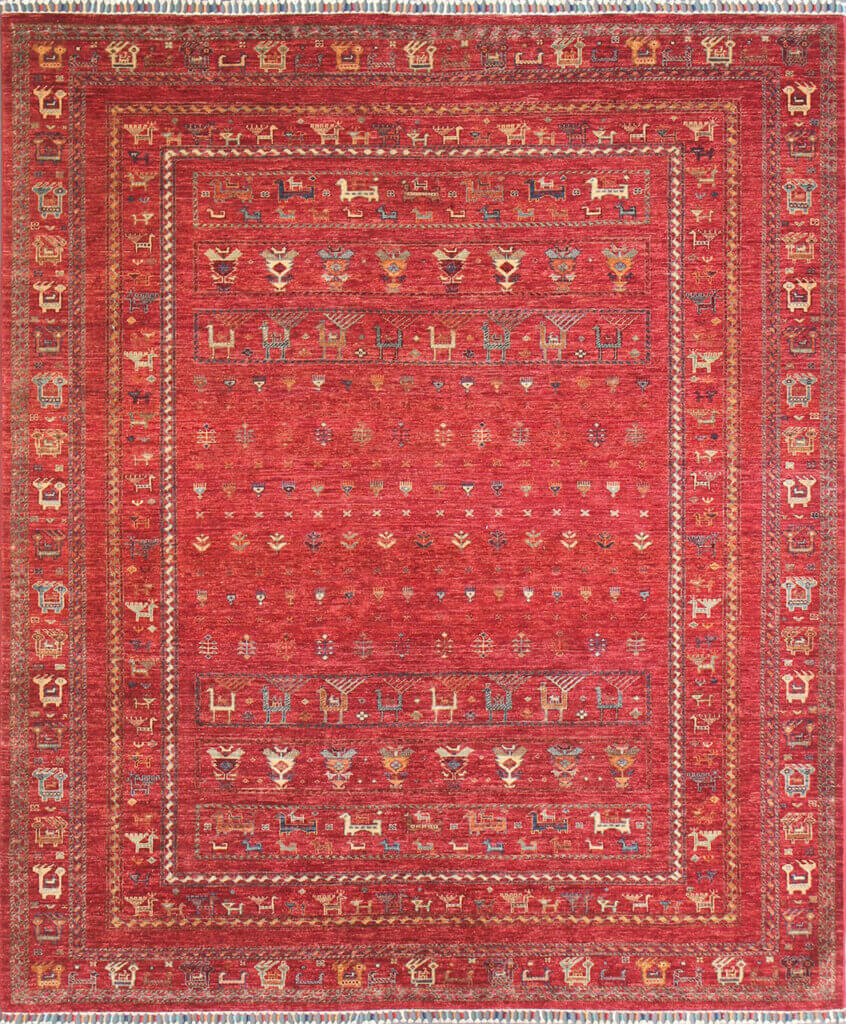 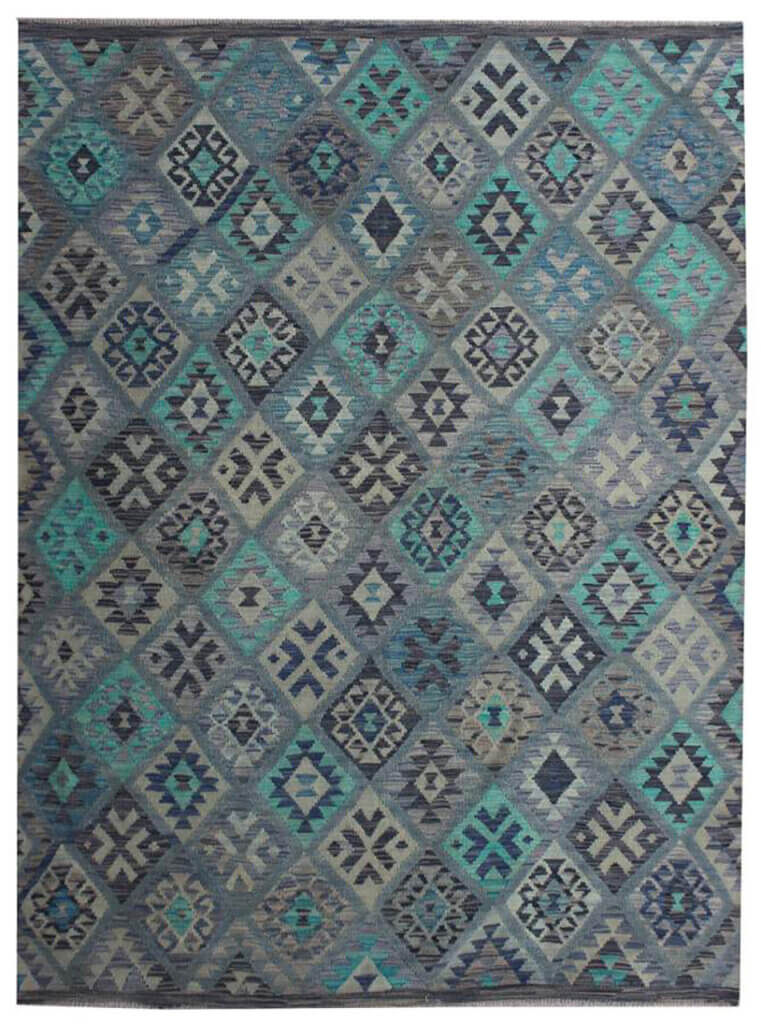 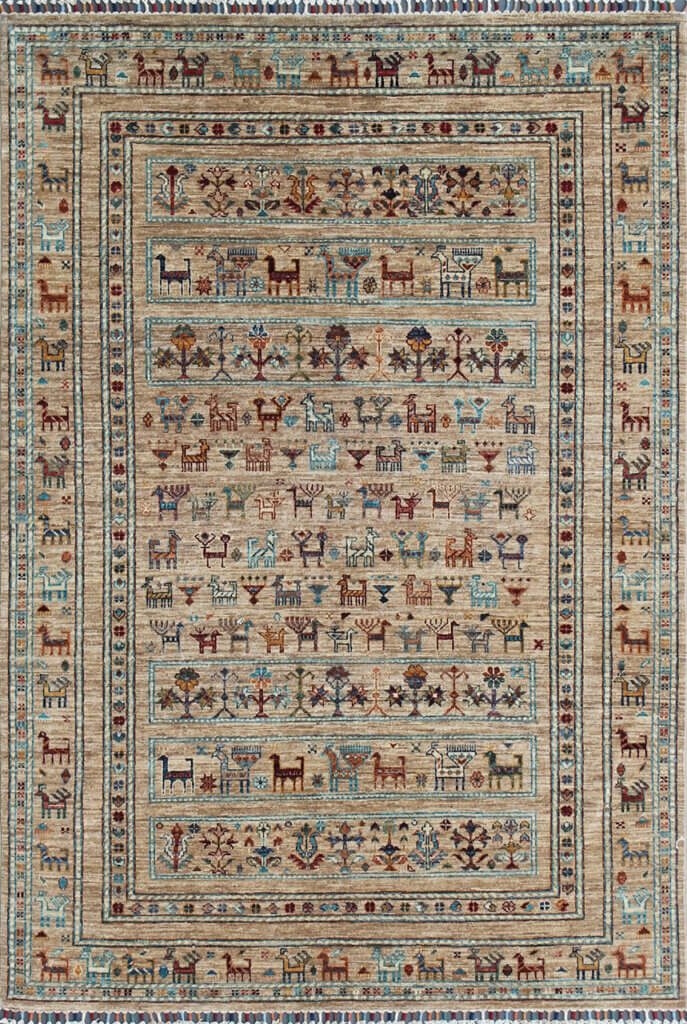 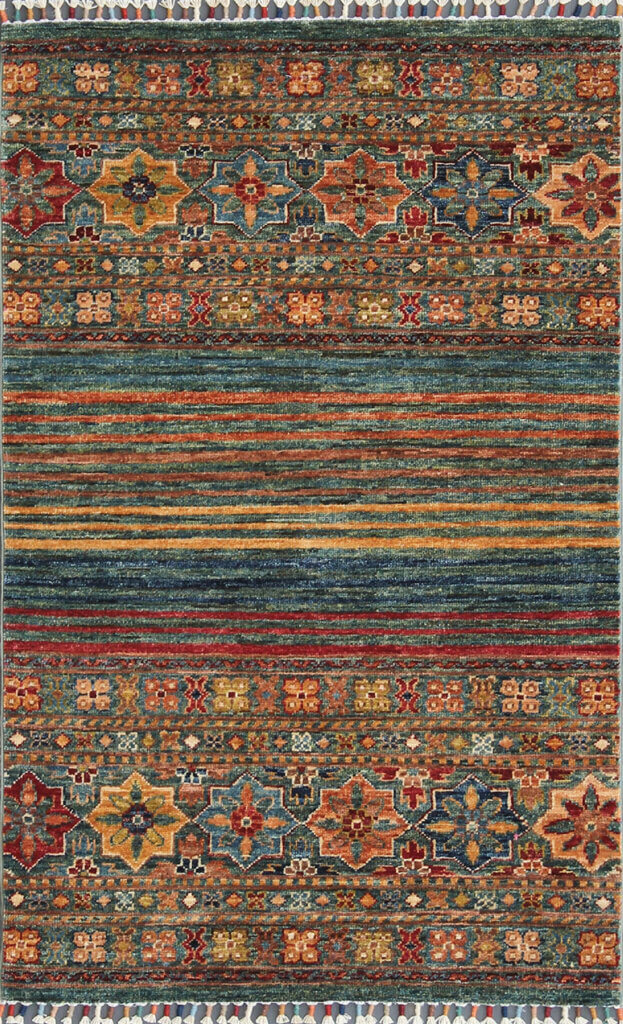 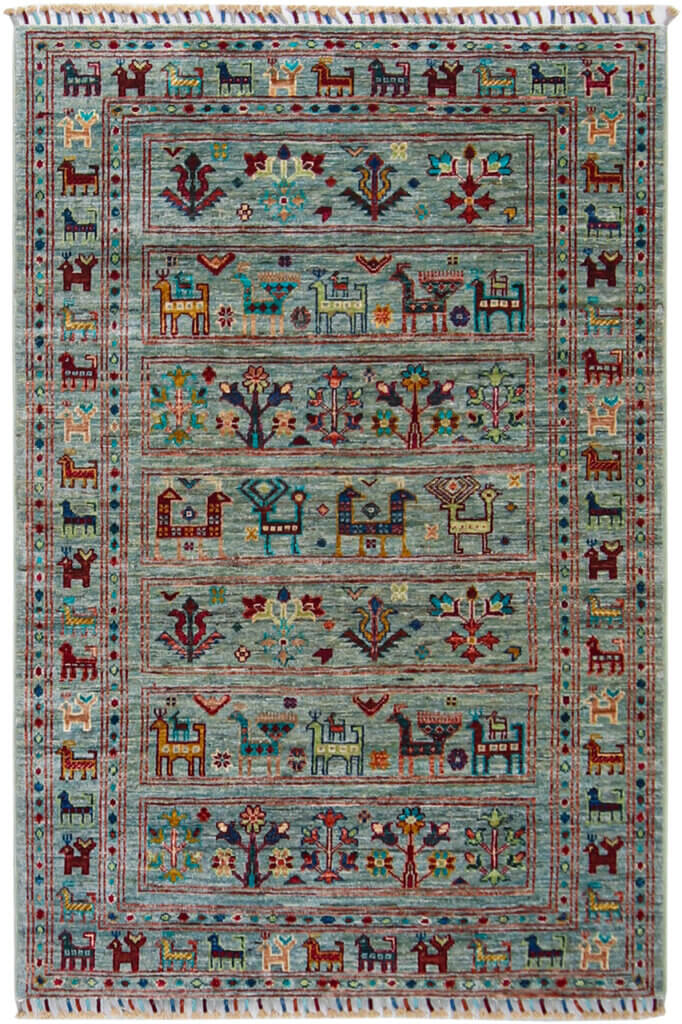 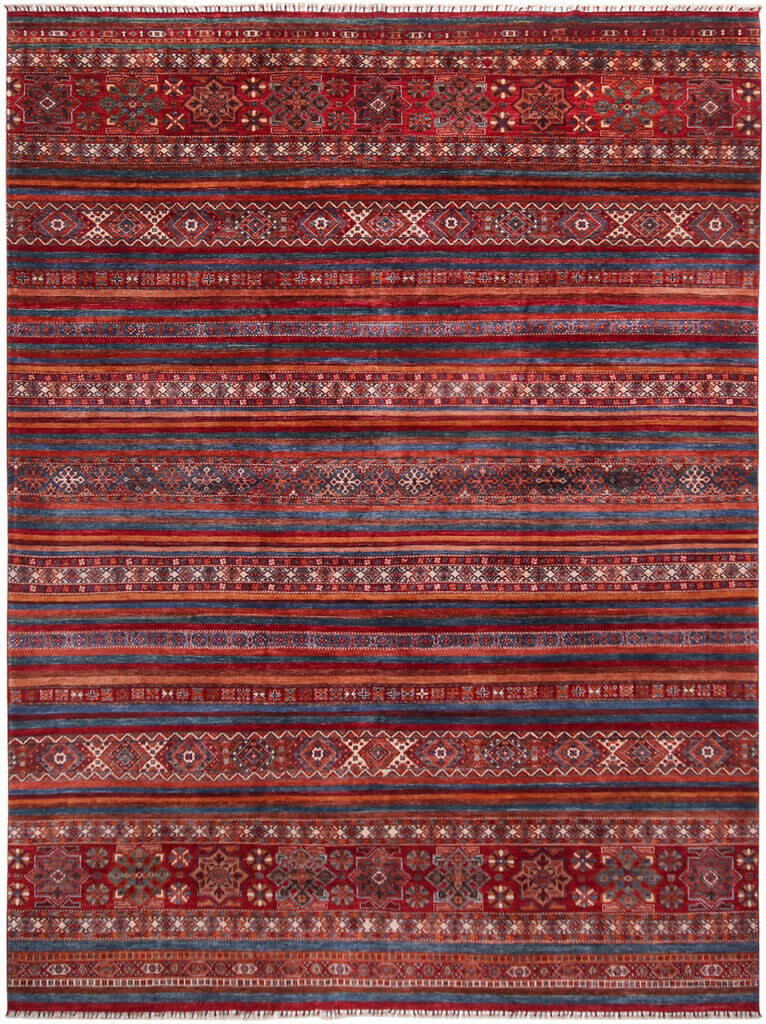 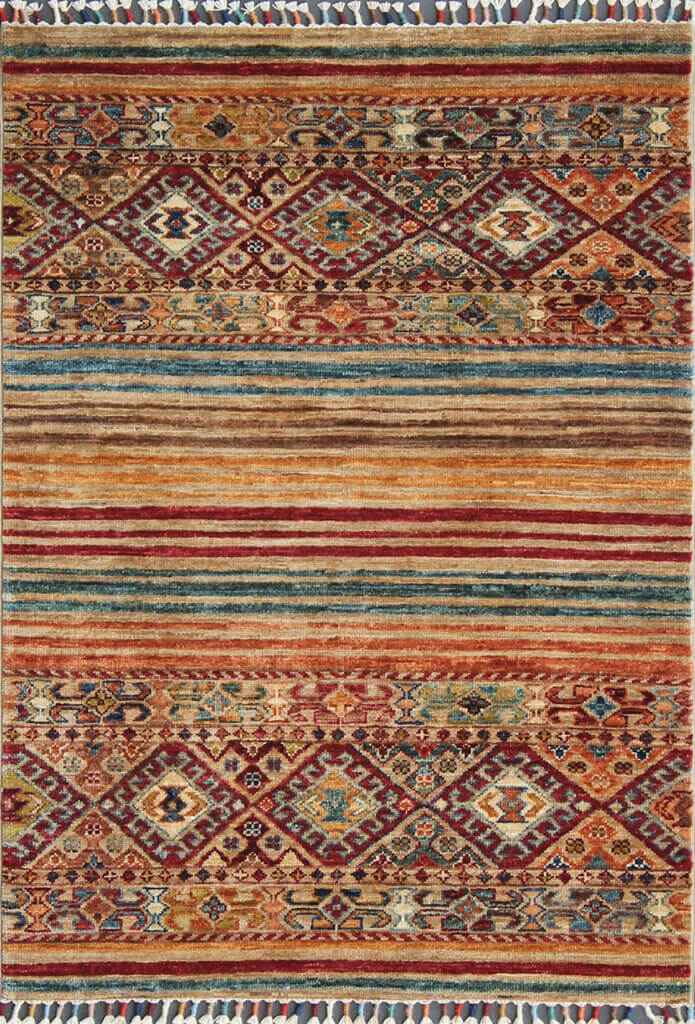 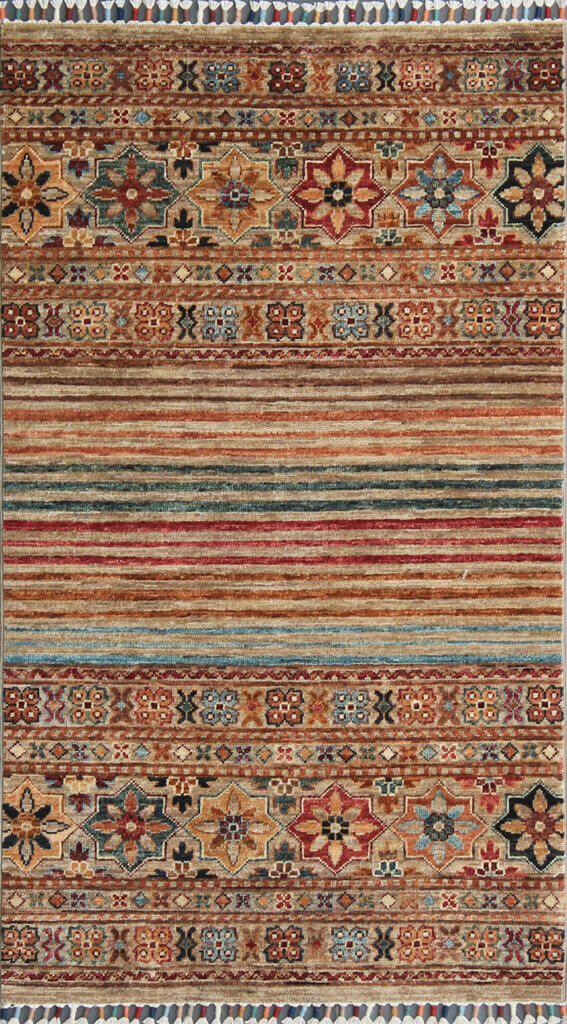 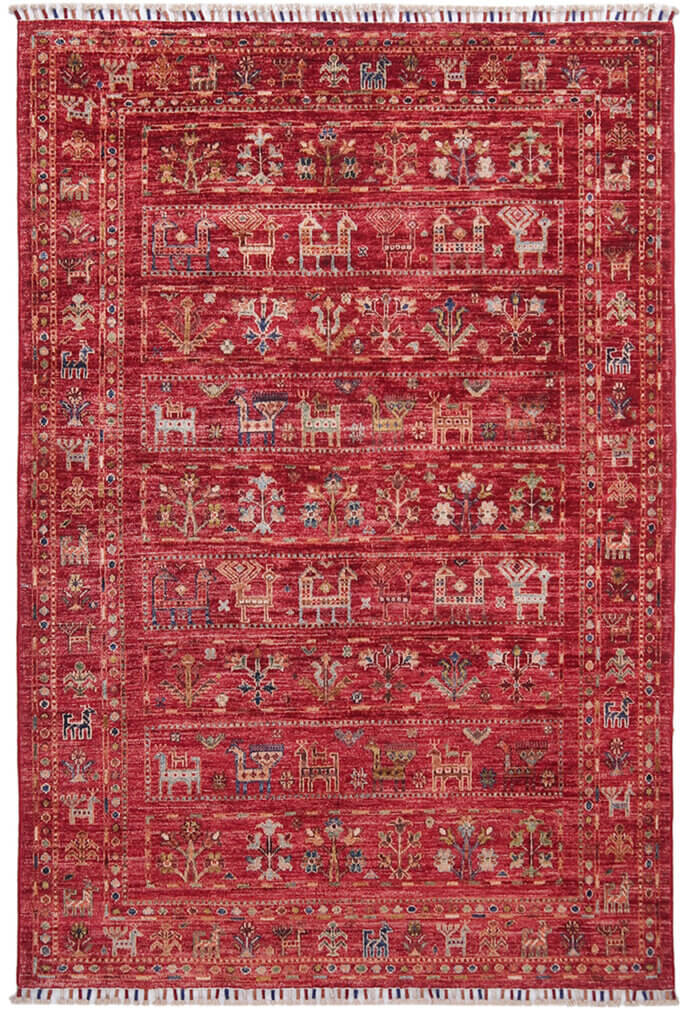 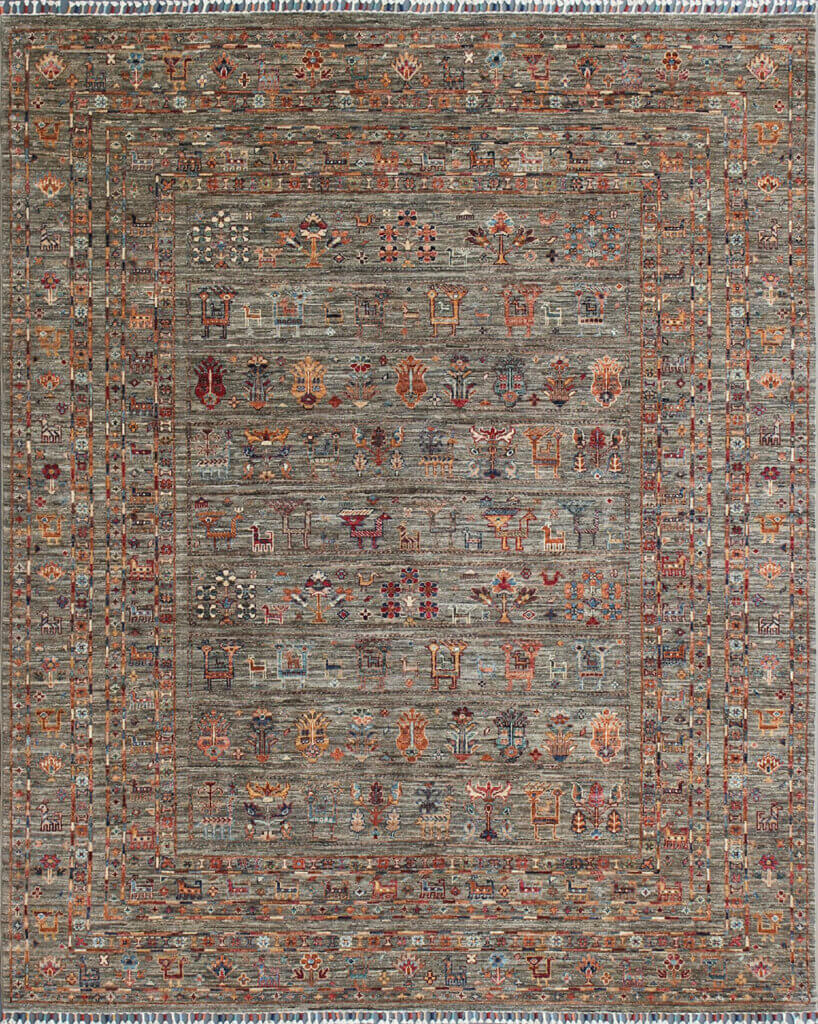 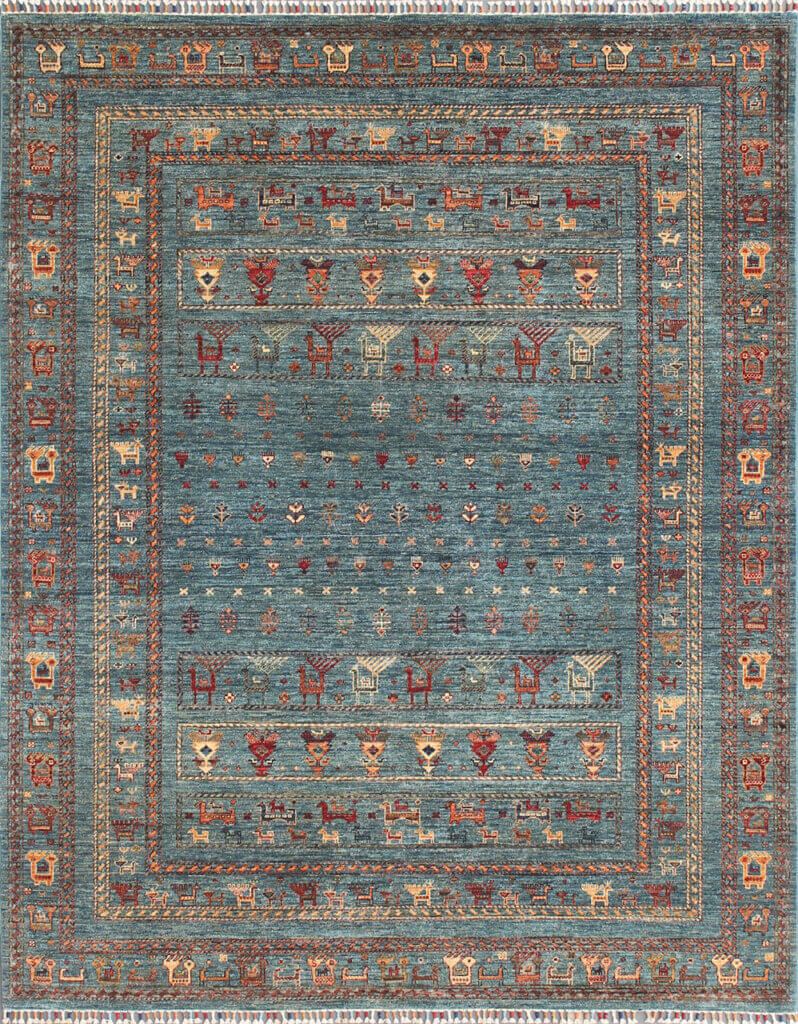 The oriental rugs have in common some characteristics which have remained practically unchanged for centuries. For example, the shape is almost always rectangular, although square, round or hexagonal rugs can also be found. Inside the rectangle, the designs are divided between the frame and the field: the frame is made up of strips of varying width, while the field can contain a single central element or a repeated motif. A separate category is represented by the Muslim prayer rugs in which the most recurring motif is the niche or mihrab.

The oldest oriental carpet ever found, now kept in the Hermitage Museum in St. Petersburg, dates back to the period between the fifth and third centuries BC. and was found in 1947 in a Scythian tomb in the Altai mountains, in Siberia. It is a knotted carpet preserved in its entirety (200 x 183 cm) and decorated with animal figures (elk and a procession of 28 horses), accompanied by floral and geometric motifs. Although it recalls the Persian artistic style of the Achaemenid period, the find is an isolated specimen.

The oldest knotted rugs of Middle Eastern origin date back to the mid-thirteenth century and present geometric designs (tendrils, squares and octagons), which in later periods characterized the specimens woven in Asia Minor.

Style and Tradition Oriental rugs are among the most popular types of rugs in the collective imagination. These are rugs rich in complex, colorful figures and designs that appear to the eye almost like a painting, such is the detail they manage to achieve. This detail is the result of manual skills and a tradition that surrounds the whole territory that goes from Mediterranean Africa to Asia Minor. Over the centuries, peoples and tribes have developed an increasingly rare ability to work thousands of knots, with specific colors often typical of their territory and have made the rugs the real protagonists. Real works of art.

This ability has been handed down from generation to generation and oriental rugs today represent the highest quality product capable of furnishing an entire large and small room alone. Furnishing a living room or study or bedroom with an oriental rug means bringing a little of that tradition into the house, of that effort and manual art that that rug represents together with its uniqueness.

Oriental rugs and the different types

Oriental rugs are a macro indication of a series of families of rugs that are distinguished by their place of origin, materials and processing styles. Even the designs and colors change a lot from region to region but this has only brought much more variety in the offer of rugs while maintaining an always very high quality. Persian rugs are certainly among the best known oriental rugs. The Persian carpet is a carpet characterized by thousands of hand-knotted knots, complex designs and a detail in the details that makes them second to none. They are short pile rugs that clearly differ from another type of oriental rugs: the Berber rugs.

The latter are characterized by a longer coat of single-color solutions and an immediate ability to immediately make every room in a house welcoming and warm in which this rug can be positioned. Still there are the Kilim rugs with such beautiful designs but with a less complex processing than the Persians, which make them suitable also to be hung on the walls like real paintings. And then the Afghan rugs of common origin often to what are called Persian rugs but very specific colors and designs that make them unique rugs to furnish every corner of the house with style
and elegance.

A characteristic of the carpet (unlike tapestries, kilims and fabrics) is the fact that short threads are tied to the warp chains which make up the pile or fleece. It is often argued that a carpet with a higher density of knots (which in the international carpet trade is calculated per square decimeter) is more valuable than others with a lower density: this is not always the case, because it must always be remembered that, as for each art object, to determine the value of the carpet rather than the density of the knots, counts the skill, taste and sensitivity of the craftsman who made it. In seventy-one days and four hours a 6 square meter carpet is made, produced by three craftsmen at the same time (the quantity of knots per cm2).

The structure of the carpets could be very different, like the provinience of the carpet, so we need some explanation. There is – the Turkish knot, called Ghiordes, which consists of intertwining the two ends of the thread with two adjoining chains of the warp.

In this way, the carpet created is beautiful and solid. Even if the resistance of the carpet is penalized, the execution will certainly be faster and with less wool consumption. The warp threads should be in the same direction, all smooth (Persian or Turkish knots). Sometimes the warp threads are strongly knotted and it is not possible then to see all the elements that make up the knot. In this case each knot (the Turkish knot or the Persian knot) will be like a small square of the initial color

How to know the exact number of nodes? How to calculate the precise quantity? It is very easy. Look carefully and carefully in the parts of the color and also the width of the back of the carpet. When you see some colored element “in pairs”, you must then calculate this pair as the only node. On different rugs from villages in Iran, Afghanistan and even in Turkey we can clearly see the back and the exact composition of the carpet. Chinese rugs and Indian rugs are made differently: they are strongly knotted, for this reason we cannot see the exact composition on the back and all the elements of the knot well.