December. The most beautiful month of the year, the month of celebration

The four seasons characterized by antagonistic expressions between them but indissolubly chained, enclose the months to mark the time that changes.
Each month has its own beauty, personality. However, the most significant and the most awaited is December, the month of festivities and traditions, which closes autumn and announces winter.

Milan and the Teatro alla Scala

The most significant musical event of the year, not only for Italians who love opera, but for all music lovers in the world, is in Milan on December 7, the feast of Sant’Ambrogio, patron saint of the city where the Teatro alla Scala inaugurates the opera season. Very popular, it has always been the social and cultural evening of the year. Due to its importance, an extraordinary theatrical, organizational and economic machine moves around this event. The stalls and boxes host personalities from the world of entertainment, culture, politicians, the crème of Milanese society, fans from all over the world. The protagonist together with the artists is our President of the Republic who, from the Royal stage, watches the event.

Small curiosity: the day before the inauguration, in the queue in front of the theater ticket office, true opera lovers brave the cold of the night in order to guarantee themselves entry to the gallery.

On the calendar, the first day that opens the dances to the extraordinary roundup of celebrations of the twelfth month, is 8 with the Immaculate Conception, a prelude to the Christmas holidays which for all students are the indispensable ingredient, irreplaceable to light-heartedness. And these days, here is a sort of starting line with 360 ° shopping: purchases for our loved ones and friends, all until 24 December evening with the closing of the shops. 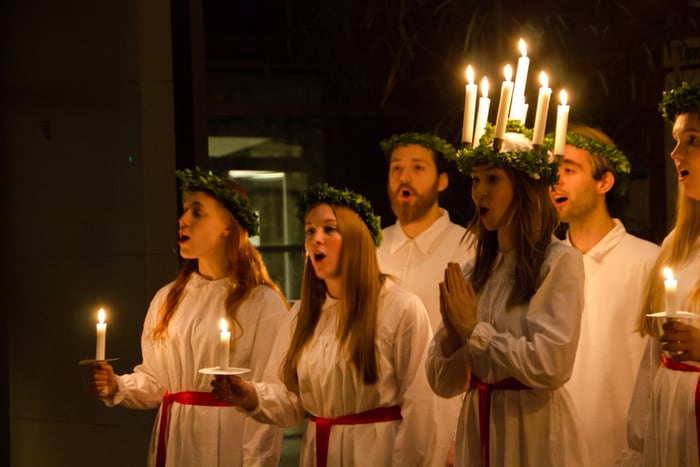 And a little further on, the calendar warns of the arrival of a very special day with the Feast of Saint Lucia which on 13 December brings fantastic gifts to children. This special event is celebrated in Sicily, Lombardy, Emilia-Romagna, Veneto, Friuli Venezia Giulia, Trentino-Alto Adige. Dalmatia, Hungary and Croatia. The magical atmosphere begins on the evening of the 12th with the boys who ringing through the streets, give indescribable emotion to all the waiting children, hoping that Saint Lucia, helped by her donkey, will bring the gifts that in an anticipated letter tells her about their wishes. Popular tradition has it that oranges, biscuits, coffee, red wine and hay are put on the windowsill for the donkey. On the morning of the 13th, when they wake up, the children no longer find oranges and biscuits, but sweets, chocolate coins and the requested gifts, dispensed totally or partially, according to their behavior.
The Saint is particularly venerated and celebrated also in Sweden, Denmark, Norway and Finland, as a bearer of light (Lux-Luce-Lucia) in countries where winters are particularly long and dark, a sort of “beacon of brightness”. The reason for the saying “Saint Lucia, the shortest day there is” is to be found in the ancient Julian calendar, which until 1582 saw the Winter Solstice fall between 12 and 13 December, precisely in
day of Saint Lucia.

The magic of Christmas 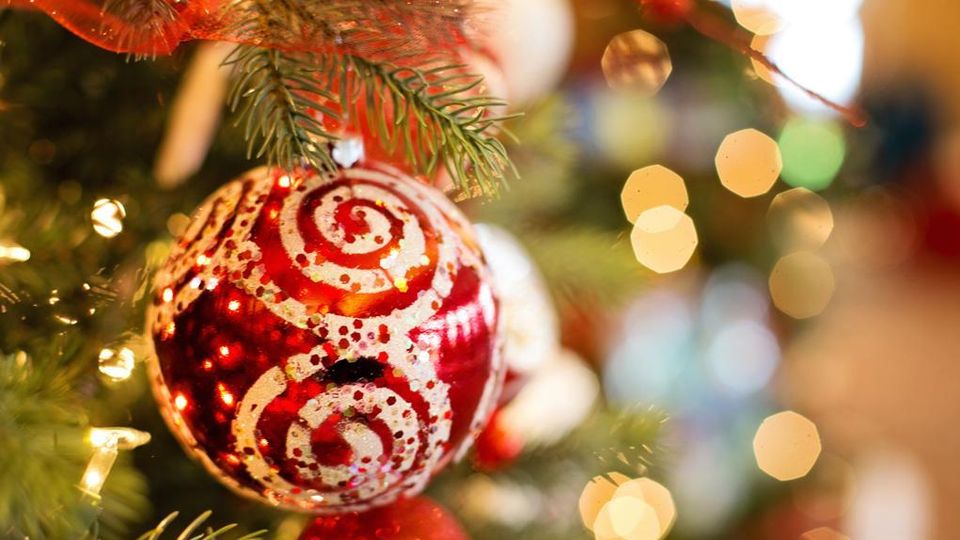 Precisely because the most important event of the month and year is Holy Christmas, all the days of the calendar that precede it are characterized by preparatory actions to make it magical, unique. And for it to be, organizational synchronism is fundamental. The streets of small and large cities are filled with seekers of gifts: toys for the little ones, board games for the whole family, books, perfumes … useful gifts, but also superfluous: there is no rule for the type, as long as there is. The absolutely essential decorations for creating a festive, special atmosphere are everywhere. The squares, the streets, the commercial activities in addition to giving us beauty for our eyes, cheer our hearts with Christmas carols. The markets, an unmissable event, offer everything that tradition asks: a valid alternative to Christmas shopping. But the atmosphere that we know how to create in the heart of our homes is that full of love. Christmas is transmitting moments of happiness, giving each other the certainty of our affection. Christmas is to remind us all how important it is to be there for everyone, always!